Here are a few Transgender themed books & movies we’ve found for continuing education or to just help you get started on your journey. 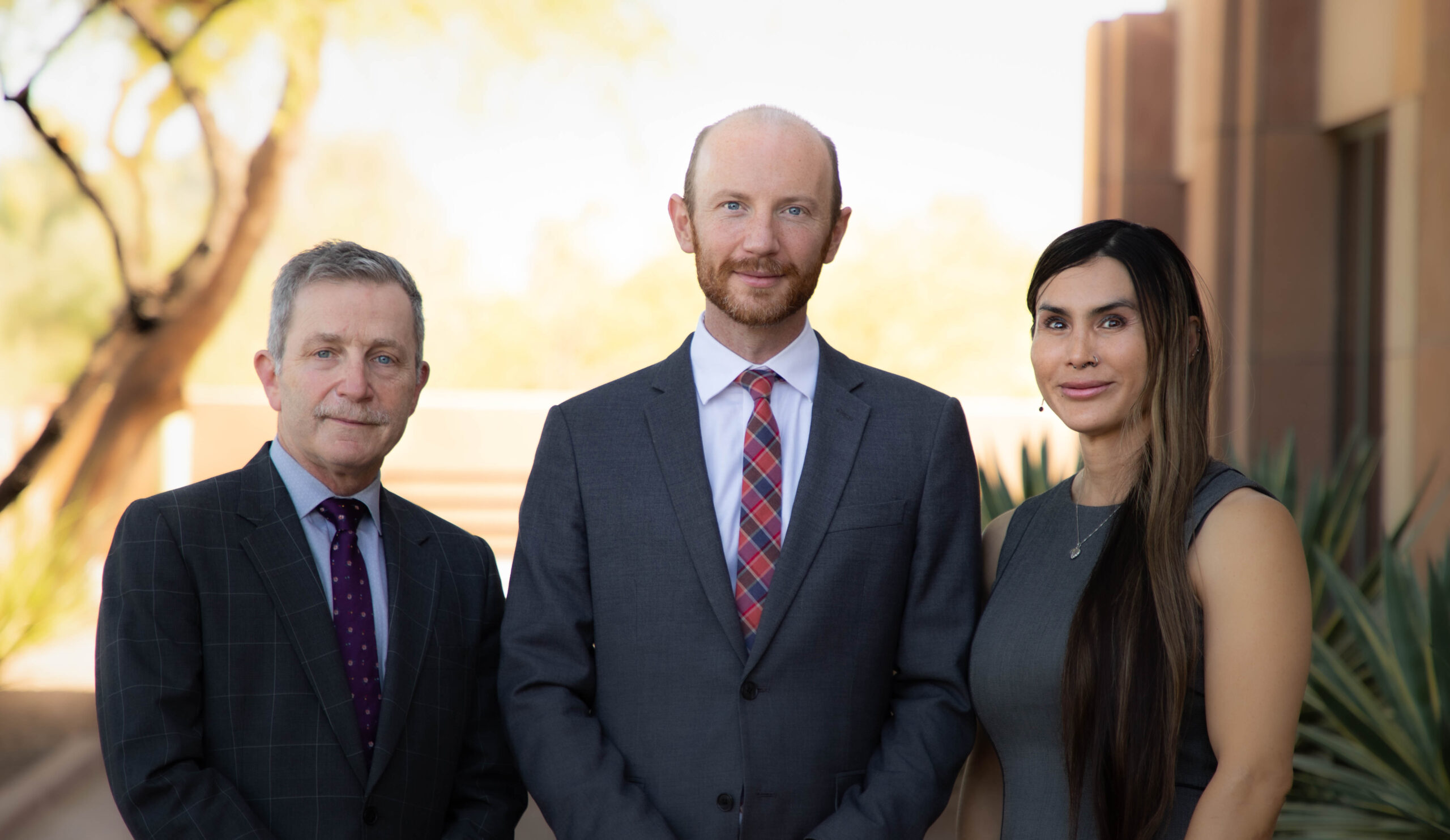 The Uninvited Dilemma: A Question of Gender
Kim Elizabeth Stuart

Gender Outlaw : On Men, Women and the Rest of Us
Kate Bornstein

From the Inside Out
Morty Diamond (Editor)

The Last Time I Wore a Dress
Dylan Scholinski

Transition and Beyond: Observations on Gender Identity
Reid Vanderburgh

The Testosterone Files: My Hormonal and Social Transformation from Female to Male

How to Change Your Sex
Lonnie Rose

My Husband Betty: Love, Sex, and Life with a Crossdresser
Helen Boyd

She’s Not the Man I Married: My Life with a Transgender Husband
Helen Boyd

The Zuni Man-Woman
Will Rosco

She’s Not There : A Life in Two Genders
Jennifer Finney Boylan

Whipping Girl: A Transsexual Woman on Sexism and the Scapegoating of Femininity Julia Serano

Here are a few movies to get you started.

Soldier’s Girl
The true story of Soldier’s Girl, which takes place in Fort Campbell, KY, tells the heart-wrenching story of the life and tragic death of soldier Barry Winchell. His love for Calpernia Addams, a beautiful transgendered nightclub performer was misunderstood by fellow soldiers and eventually leads to his brutal death. The outstanding performances by Lee Pace and Troy Garity will draw you into this emotional and powerful film

Transamerica
The story of Bree (Felicity Huffman), a conservative transsexual woman who takes an unexpected journey when she learns that when she was a he, she fathered a son (Kevin Zegers), now a teenage runaway hustling on the streets of New York.

Ma Vie En Rose
Ludovic is waiting for a miracle. With six-year-old certainty, he believes he was meant to be a little girl – and that the mistake will soon be corrected. But where he expects the miraculous, Ludo finds only rejection, isolation and guilt – as the intense reaction of family, friends, and neighbors strip away every innocent lace and bauble.

Transgeneration
What is it like to be a man trapped in a woman’s body? How does a woman become a man? TRANSGENERATION, a dramatic and mesmerizing eight-part series, is a year-in-the-life look at four college students–Gabbie, Lucas, Raci, and T.S.–who are juggling the challenges of academia with their commitment to transition from their birth sex.

Boys Don’t Cry
Based on a true story, this drama was adapted from the life of Brandon Teena, born Teena Brandon, a woman who chose to live her life as a man and suffered tragic consequences as a result.

You Don’t Know Dick: Courageous Hearts of Transsexual Men (1996)
Lyle, Max, Michael, Steven, Ted, and James: a photographer who lifts weights, a cop, a mechanic, writers, an artist; one is gay, at least three are in serious relationships with women; one was in the seminary; one has three children from a previous marriage. All six were born female, and all are female-to-male (“FtM”) transsexuals.

A valentine to a local transgender community, a leisurely stroll through a specific marginal community at a specific time: San Francisco’s “gendernauts” at the end of the twentieth century.

Venus Boyz (2002)
A film journey through a universe of female masculinity. A legendary Drag King Night in New York is the point of departure for an odyssey to transgendered worlds, where women become men – some for a night, others for their whole lives. What motivates them? What changes take place? What do they dream of? The drag kings of New York meet in clubs and change lustfully into their male alter egos, parodying them and exploring male eroticism and power strategies. In London we see women experiment with hormones to become new men and ‘cyborgs’. Masculinity and transformation as performance, subversion or existential necessity

Southern Comfort (2001)
Documentary about a trans man and his rural Georgia family and friends won the Grand Jury Prize at Sundance. FtM Robert Eads lives in self-described “Bubbaland,” and the film follows him in the year that he is diagnosed with what he considers a cruel joke, ovarian cancer. More than twenty doctors refuse to treat him..

Sir: Just A Normal Guy (2002)
Jay Snider is a 30 year old woman transitioning to a man. This film documents that process and includes interviews with him as well as his ex-husband Dave, his queer pal Sean Doig, and Kari his lesbian girlfriend.

XX to XY: Fighting to Be Jake (2003)
Interview with “Jake” a young transgendered Brit who is undergoing the process of changing from female to male.

The Opposite Sex: Rene’s Story (2004)
Rene, 31, a female-to-male gender reassignment candidate took hormones for years and “passed” as a man for all of his adult life. Married to his high-school sweetheart, Wona, a heterosexual woman, for 12 years, no one would guess Rene was biologically a woman. Living under a veil of secrecy and lies, Rene and Wona’s lives seemed fine until someone “outted” the couple at their beloved church and everything they knew was destroyed. The public revelation of Rene’s secret starts to unravel his marriage to Wona. Through all of it, Rene continues to hold on to his lifelong obsession to become a biological male and goes on a cross-country search to find the best transgender surgeon, only to discover that the current surgery options are flawed. At the last minute, Rene finds a surgeon who has created an experimental procedure, which will be seen in The Opposite Sex for the first time.

Boy I Am (2006)
While female-to-male transgender visibility has recently exploded in this country, conversations about trans issues in the lesbian community often run into resistance from the many queer women who view transitioning as a “trend” or as an anti-feminist act that taps into male privilege. Boy I Am is a feature-length documentary that begins to break down that barrier and promote dialogue about trans issues through a look at the experiences of three young transitioning FtMs in New York City—Nicco, Norie and Keegan—as they go through major junctures in their transitions, as well as through the voices of lesbians, activists and theorists who raise and address the questions that many people have but few openly discuss.

Call Me Malcolm (2004)
A documentary feature about a transgender seminary student, and his struggle with faith, love and gender identity.

A Boy Named Sue (2000)
Julie Wyman’s compelling documentary chronicles the transformation of a transsexual named Theo from a woman to a man over the course of six years. A BOY NAMED SUE is one of the best videos to date on female-to-male transsexual experience. The film successfully captures Theo’s physiological and psychological changes during the process, as well as their effects on his lesbian lover and community of close friends. Taking full advantage of the unlimited access she received into an extraordinarily personal process, Wyman carefully composes a moving story about gender identity, relationships, and how even things that seem permanent can change.

The Aggressives – 6 Women Difficult to Label

For the Bible Tells Me So – Scripture vs. Human Rights

Middle Sexes: Redefining He and She

Paris Is Burning – “Strike a Pose”

Red without Blue – Twins, one T*

Trained in the Ways of Men – Murder of Transgender Teen

Trans* The Movie – Insights into lives of T*s

Transvisible – Bamby Salcedo, a T* Leader: A Portrait in Resilience

The Adventures of Sebastian Cole

Priscilla Queen of the Desert

Please send them to rachaelg@themeltzerclinic.com